I’m a big proponent of spirituality as the only thing that makes sense of religion.  Getting in touch with the core of who we are in our souls is, for me, the primary goal of a life well-lived.  One avenue most humans have used to access their spiritual lives has been organized religion.  Religion is all about externals through which we hopefully enter into a deeper relationship with Spirit, Universe, Higher Power, or God.

The big problem with all religions is that they are organized, run, controlled, and spread by humans.  When the freedom of one’s will is respected a religion can be a great asset.  But when human hubris, pride, control, power, and authority run amok the results are not pretty.  It is this human element that has messed up a lot of people who innocently approached religion as an opportunity to know their God better, only to be confronted with shame, guilt, threats, and contradictions.

As a Catholic priest for over three decades I had wanted to draw out of my religion the very best it had to offer.  I tried to adhere to essential teachings of the Catholic Church.  I avoided veering to the left or right in interpreting them.  Unfortunately I now recognize that, while helping a good many people, I also harmed others.

I had decided not to offer publicly my personal opinions in matters of faith and morality.  This pleased those who were seeking simple, black and white answers.  At the same time I had inadvertently cut short the “wiggle-room” most people needed in order to hear the message of love beneath the external doctrines.   As I became more and more disillusioned with the institution and realized I didn’t like who I was becoming as a person, I left formal ministry.  I was tired of being stuck in the middle, explaining beautiful spiritual realities on one hand and overly-challenging requirements on the other.  And getting tepid support from the institution.

I now realize that a huge number of religious people have been stressed out and traumatized by their religions.  They’ve encountered doctrines which have been nearly impossible to live out and coercive methods by which these teachings have been expressed at times.  This has caused many to leave organized religions and focus solely on their subjective experience of their Higher Power. The experience for former religious fundamentalists and zealots is more egregious.

Religious fundamentalism, first coined in early twentieth century, originally was fairly benign.  It defined a perspective that attempted to counteract what had been viewed in American Protestantism as the threat of “liberalism.”  It defined the “non-negotiables” of faith as the foundational core of religious beliefs. 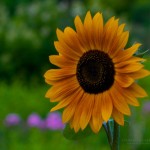 Yet religious fundamentalism did not begin with American Protestants.  We see fundamentalism throughout human history in every religious tradition, as far back as the ancient Egyptians.  In more recent times fundamentalism is increasingly used in a pejorative sense as “narrow, rigorist, intolerant, oppressive, unjust” and even “uncharitable, cruel, narrow-minded, anti-intellectual, misogynistic, and abusive.”

Religious fundamentalism cuts across the spectrum of religions that emphasize external, objective standards over the internal, personal experience of spirituality.  For some religions this manifests itself in dietary, moral, marital, sexual, and social strictures.  In others it emphasizes the authority of leaders who speak for God and whose teachings reach into the most private and personal areas of adherents’ lives.  Scriptures that are viewed as the “word” of God and that form the basis of matters of faith and morality, are often interpreted narrowly by fundamentalists and used as a bludgeon to control behavior and thought.

The most difficult aspects of fundamentalism are the use of shame to control adherents as well as the threat of eternal damnation.  Failure to live up to agreed-upon religious standards means either excommunication and/or condemnation to an afterlife devoid of God’s presence and the rewards of heaven.  This condemnation may take the form of the soul simply ceasing to exist or actually experiencing physical and/or spiritual punishment and torture forever.

Individuals who wake up from the nightmare of religious fundamentalism frequently experience post-traumatic stress disorder manifesting in emotional, spiritual, and even physical dis-ease.  Many are rejected by their families, religious communities, and even by governments for leaving the confines of the “faith.”  Depending on the “rules” those who leave may be further punished with social ostracizing, imprisonment, physical mutilations, sexual abuse, and even death.

Survivors of religious fundamentalism need help in working through their stress and trauma.  Somatic Intuitive Training™, in addition to other protocols and therapies, can bring healing and wholeness rather quickly to those affected by religious fundamentalism.  There is little we can do to “convince” a fundamentalist to leave the spiritual and emotional abuse.  We can only be there to “catch” them when they fall out and help them find authentic spiritual life.