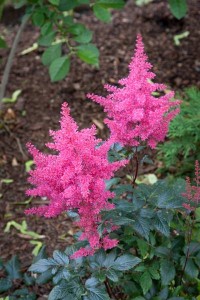 This past winter in the Northeast was an exercise in frustration for those who had to plow their vehicles through slush, snow, and ice (full disclosure:  I moved to FL in November and escaped it all!!).  Yet plowing through is the only way to move forward sometimes.  The same is true of conflicts.  Plow through or get nowhere!

Recently I had a conflict with a friend.  I admit I started it.  I had been reacting to fear and feelings of scarcity.  As with many feelings, they didn’t show up plainly.  Fear is not simply, “Oh, I’m scared of such-and-such.”  Rather it morphs into: “This is not the way I want things to be.”  Or “I feel I’m being sideswiped by this unexpected situation.”  Or “I’ve got to put an end to this or it will get out of control.”  Scarcity often shows up as, “I need to plan for the future!” Or“This situation is just not right.”  Or “He doesn’t understand how important this is for me.”

These messages in my head need understanding and interpretation.  They justifications and rationalizations.  Only in the moment of heightened passion I don’t recognize this fact.  Thus it’s easy for me to go off the handle (and blame being an “emotional Italian”).

And so pled my case with as much reserve as I could muster.  I tried unsuccessfully not show anger; I asked for some help to understand what was going on; I wanted him to agree that I was right.

He reacted by trying to calm me down but I knew he felt attacked.  Typically he shuts down in order to protect himself.  At this point there’s little reason to try to communicate further.  The conflict has done its damage.

The next time I saw him I knew he felt lousy and avoided talking to me.  The trouble is my intuition is so keen that I automatically pick up on his emotional self-protection.  I looked for an opportunity to discuss the situation, but he wasn’t ready.

Later on I just asked him directly what was going on.  It was time to get out the plow and move through the conflict.  I admitted my fault and pled with him to tell me what was going on inside, what was his side of the story.  Frustrated he said that he could no longer live with my attitude on this subject anymore.  He thought we had resolved it once before and that I went against my word.  I realized that I had crossed his boundary.  And that my emotions totally contradicted the previous resolution of the issue. 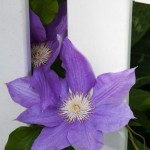 When a conflict gets to this point I’ve learned that at some point I have to plow ahead, and stop trying to justify my behavior.  At some point someone has to let go and initiate a compromise and not worry about it being 50/50.  Sometimes compromise in any relationship means giving up 80% or more of the ground I think I need to stand on.  But it’s not worth being “right” most of the time.  It’s about plowing through the conflict to find a path wide enough for both of us to travel ahead.