Living IN the Body 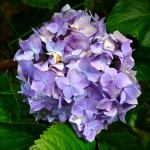 Our American health care philosophy has trained us to think that we live WITH our bodies.  We tend to objectify them and view them as being outside of ourselves, like our car, house, or HVAC system that need regular maintenance.  We even consider our doctors as mechanics who “fix” us.

Since being introduced to and trained as a certified Somatic Intuitive Training™ practitioner, I’ve come to appreciate more living IN my body, rather than with it.  My body is not who I am.  It is an external manifestation of my true self here on earth: my soul, my heart, and the core of who I am as a unique individual.  My body is not an appliance or vehicle that occasionally needs a tune up.  Rather it works with my intuition to inform me as to how I need spiritual and emotional healing.

In Somatic Intuitive Training, “somatic”….refers to unwanted feelings and emotions held in the body’s memory where they can be quickly identified and removed. (© Lance Ware)    I wrote in a previous blog on this subject in more detail.  For now I wish to share more about what I’ve learned about “somatic.”  Future posts will address “intuitive” and “training” respectively.

I’m not suggesting I don’t need doctors or modern medicine.  When I was diagnosed with an acoustic neuroma  I was grateful that doctors were able to remove it and ultimately save my life.  In the process I lost a balance nerve and became totally deaf in one ear.  Most irritating has been the static noises in my head, a kind of tinnitus that sucks the energy out of me.  My deafness has been particularly traumatic for me since I can no longer hear in stereo, perceive the direction of sounds, and be in noisy atmospheres for more than an hour before I feel my body spin, as the tinnitus gets louder and more annoying. 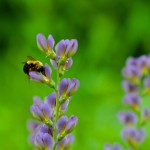 So on one level I was healed.  On another level I took on an emotional dis-ease that has compromised my spirit.  This manifests itself in a host of emotions.  I feel helpless, victimized, isolated, weak, ineffective, odd, grieving, lost, and fearful of failing to relate sufficiently to others.

The trauma of brain surgery has led to a new trauma of grieving in my soul.  My work and identity as a priest was compromised.  My self-worth called into question. When the tumor was removed I no longer felt whole; something got stripped from my spirit.

This new trauma took up residence in my shoulders, neck, and head.  Whenever I’ve had trouble hearing I would strain my neck to listen. I would tighten with tension and soon have a dizzying headache.  I’ve wanted to run and hide, and have avoided group activities and restaurants ever since.  My doctors said, “You’ll get used to it.”  Well I have not gotten “used to it” in the past nine years.  I’m angry about it, and anxious.

It is precisely this kind of somatic stress and trauma that Lance Ware describes as unwanted feelings and emotions held in the body’s memory.  The next step is quickly identifying them and removing them.  Somatic Intuitive Training is a proven protocol that does just that.  I now know how and where my body has stored my emotions associated with the brain surgery. 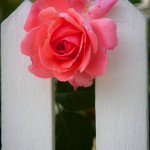 It’s really about the larger context.  As I worked with Lance I discovered that my emotions did not originate with the surgery.  They were already living in my body, in somatic memory, since childhood.  The surgery left me feeling as if I no longer fit into society.  But actually I’ve had this feeling of isolation, victimization, fear, grief, and loneliness since childhood.  They have had a silent emotional life of their own within me.  The surgery simply brought them to the fore in a more dramatic way.

Identifying the emotions that live in my body is the first step toward healing.  Talk therapy has helped in the past, but it has never enabled me entirely to address and actually change the original emotions.  In fact psychotherapy has often made me relive the stress and trauma of these emotions and kept them fresh in my experience.  Somatic Intuitive Training has done the opposite.  It has made them fade away as issues I’ve finally resolved. I’ll explain more in future posts.