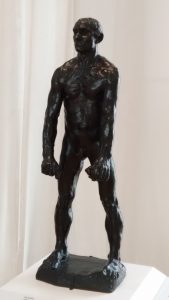 Perpetrators of inappropriate or illegal behavior get away with it because too many victims don’t come forward and make a credible and loud fuss.  And when they do, the rest of us often tend to dismiss their allegations and defend the perp, who often holds a position of fame and/or power.

This is my experience as a priest for 32 years regarding women/girls and men/boys coming forward to report unwelcome advances/harassment of any kind. I encountered over and again the key issues of fear and shame. I can’t tell you how many times I counseled people who felt put-upon physically, sexually, emotionally, or professionally who: 1) did not see the offense as actionable, 2) were afraid of what the perp might do in response, either at home, economically, or on the job, 3) were afraid of being rejected by family/friends, 4) felt somewhat responsible/deserving for the unwelcome assault, and 5) were afraid no one would really believe them.

Even after I would assure them that I would do everything I could to accompany them on this journey, no matter how much I urged them to come forward, to report to authorities, to do SOMETHING to protect themselves, they often did NOTHING. Why?  Perceived power was the major roadblock. The perp was a public official in town, the kindly next-door neighbor, the pillar of the church, the boyfriend fresh out of jail, the female manager/boss, the favored sibling, the spouse to whom the victim pledged eternal loyalty, or the substance-addicted.

It came down to the power structures the victims had learned in childhood. Who dominated the household with anger/violent outbursts/manipulation of money? Who spread toxic shame like fairy-dust? Who was the consummate victim to whom everyone else had to bow in obedience? Who was the bully, or narcissist, or the one who used anger to manipulate?  Who used God/religion or loyalty to family as the ultimate guilt-trip?

These habits get easily ingrained in children.  They are impossible to break unless they come into consciousness and are intentionally counteracted by decisive, painful, and yet liberating action. This action will alienate some, will be unbelievable to others, will label the victim as evil, wrong, or disloyal to the family/company/church. Yet ultimately the action is the key to opening the prison doors of victimhood into a powerful future of survivorhood.

It is NEVER too late for victims to come forward, even after the deaths of perps. It is vital for the victims to transition into survivors, to let other know of their stories, to hold accountable those who crossed their boundaries.

The fear and shame I encountered as a priest were so strong that even I, with all my so-called moral authority could not break through the lies the victims had been told, especially about morality, God, and religion. They had been so convinced (gaslighting) that their parents/teachers and others were right (even when they were dead wrong) about the church’s teachings, that they sometimes accused me of “getting it wrong” (despite a degree in biology, three degrees in theology and 12 years of study).

Victims need to know there is a community of people out there who believe them, who will not abandon them, who will support them, and who will see through to the end their transition from victim to survivor. Who’s going to step up to the plate and be a part of the transformation of patterns of human behavior that simply have never been and are not acceptable?  What is your experience; we need to hear it and read about it.  It will give courage to those who have yet to step forward to reclaim their lives.

Since 1979 Michael has worked with individuals and groups to take full advantage interruptions and changes to balance responsibilities, simplify their lives, and find greater productivity and peace.Want Michael to speak for your next event?  Or hire him as your personal executive Life Coach to improve your relationships at home and at work? Call 813-444-9641 or email: parisecoaching@gmail.com

Connect with Michael:
http:/www.mpariselifecoach.com
LinkedIn”
Book Michael to speak for your group or event