What Women Want in Men 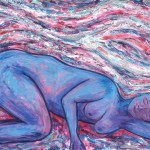 When I was preparing couples for marriage I often got the feeling they “clicked” as a couple.   Unless I observed a major issue of immaturity that needed to be addressed, I usually gave them the benefit of doubt if they seemed mismatched in some way.  After all, despite my fear of a 50% divorce rate, I could not ultimately know which couples would work at their marriages successfully.

The major indicator I looked for in a potentially successful marriage was a healthy interdependence between the male and female, versus an unhealthy codependence.  This led me to wonder just what was essential to a healthy interdependence and what qualities a woman and a man looked for and nurtured in each other potential spouses.  So I thought I’d go way out on limb (since I’ve never married) and spend a couple of blogs on this.

Women striving for health interdependence really do want men to express their love consistently in word and action, treating them in a uniquely special way.  This is not meant to be reserved for courting, but as a life’s commitment till death.  Women want and need to know that the man she’s devoting her life to acknowledges this fact.  That’s why for many women the opportunity for real romance is 24/7, as a mere prelude to physical intimacy.

Women also want their mates to be willing to dive into fatherhood with both hands, sometimes elbow deep in diapers.  They know how important a father’s love is, sometimes more than a man knows, who has sometimes been starved for his own father’s affection.  She needs to know that her children are being protected and nurtured by her hero.

The one most important qualities women want in a man is the capacity to listen to her.  Women tend to work out a lot of internal complexities through verbal expression.  The smart man will learn quickly that often what seems to be incessant chatter is actually a subtle and powerful means of maintaining emotional and psychological balance.  Active listening is not only the means to learning what’s going on in her life, but is the necessary counterpoint to a man’s tendency toward linear thinking.

I’d love to see your feedback, trusted readers, on this.  Add to the discussion with your personal stories.  Ultimately a good marriage is founded on a good coaching experience between two people working co-actively as a team.  Each takes on the role of coach for the other and miracles happen!