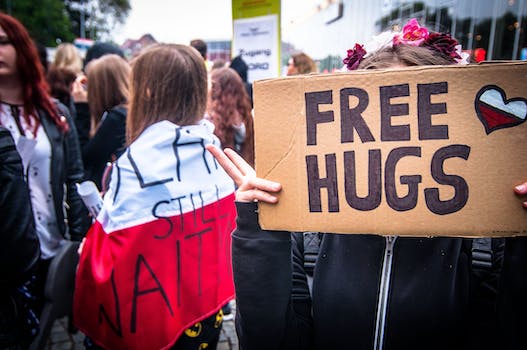 Big mistake many leaders make (whether a parent, CEO, or politician): viewing crisis as a bad thing.  Crisis is the life-blood of change.  Crisis focuses on the future, ultimately leading to the resolution of conflicts and complaints. Without the proper understanding of crisis, we are mired in a constant state of vacillation.

Most of us try to avoid conflicts and complaints. We know we can’t please everyone or live up to their expectations. So why don’t they realize we’re only human and quit complaining and creating personal and professional conflicts?  The short answer is that all of us want life to go our way.  When it doesn’t it creates stress that we need to release. The healthy means of doing this would be physical exercise or meditation or just speaking with a dispassionate third party.

But instead, we complain, kvetch, and gripe. We mutter to ourselves. We whisper to colleagues. We yell at the dog or our partner. We’re sad and we want everyone to know about it.  Maybe someone will come along and rescue us!

Complaints that remain unresolved often lead to conflicts. We argue with ourselves. We’re angry for being so “stupid,” or we’re enraged that the appointed “leader” is such a dolt. Sometimes we take it up a notch and let out our venom on an innocent bystander, our manager, or even the CEO. We use passive-aggression and just decide not to participate or offer suggestions when asked. Of course the worst kind of conflict ends up in physical altercations: fist-fights, road-rage, and war.

The way in which leaders address conflicts and complaints tell about the level of respect they deserve.  Such leaders will learn to shift complaints and conflicts into crises. Crisis comes from the Greek word meaning decision, choice, election, or judgment. Every encounter we have with another person involves a decision either to enter into conflict or to love unselfishly. The latter usually leads to more effective listening and communicating and disarms any prejudgment in the interaction.  Crisis levels the playing field so that all involved (from CEO’s to janitors) have an equal part to play in the resolution of the issue.

If crisis is so useful, why don’t we shift into it more often?  I think it’s because our silly culture, especially the media and politicians, have been misusing the word. Everything from a snow storm to a regional war is labeled a crisis, meaning it’s a disaster for someone. Granted, some disasters are truly horrific.  And some things labeled as disasters are just part of the scheme of living on the edge (such as in a flood or typhoon zone) in our world.

Respected leaders will ratchet down the rhetoric.  They will recognize the need to use words that actually describe events, even though exaggerating to make a point may be tempting.  The first goal of a good leader is to make sure everyone is heard in a conflict, can move forward into a crisis/resolution mode, and seek consensus when desirable.  And in circumstances when final decisions must be made solely by leaders, they need to check in with themselves to clear away the inner conflicts that may influence a sound decision.

Which crises remain unresolved in your life, decisions you’ve yet to make, goals you’ve yet to set?  How are you addressing relationships built on conflict?  In what way can you bring about resolution by shifting into a crisis-driven attitude of service and love? These are the tests of truly respected leaders, to which all of us ought to aspire.

Since 1979 Michael has worked with individuals and groups to take full advantage interruptions and changes to balance responsibilities, simplify their lives, and find greater productivity and peace.
Want Michael to speak for your next event?  Or hire him as your personal executive Life Coach to improve your relationships at home and at work? Call 813-444-9641 or email: parisecoaching@gmail.com

Connect with Michael:
LinkedIn
Book Michael to speak for your group or event
Contact Michael