Editor’s note:  For those of you who don’t know, training wheels are two small wheels attached to either side of the rear wheel of a bicycle, giving the rider an extra edge of stability in order eventually to ride on his/her own without them. 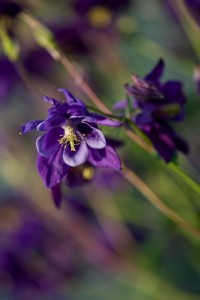 Now that I’m in Florida and enjoying the outdoors year-round I’m trying to exercise more.  You know…lower weight, lower blood pressure, lower chances of dropping dead suddenly while tying my shoes.  I don’t really love to exercise though.  No, let’s be truthful.  I love being active; I just hate exercise.  I tried the gym for a couple of years but the noise of the music drove me away.  I also still carry shame from my un-athletic youth even though I’m a bit envious of those who actually like to job, sweat, and breathe heavily.

Lately, as the daylight extends toward Summer I’m noticing that no matter how early I get up in the morning for a walk it’s humid and my spouse is particularly affected by it.  We have a pool which is wonderful for dunking.  But when I’ve tried to swim (paddle is a more accurate description) I keep sinking.

Today I tried something different.  I stuck an earplug in my good ear.  I donned my sunglasses.  And I used the foam noodle as a kind of “training wheels” under my arms.  This gave me the buoyancy support I needed to try swimming.

This extra support helped me to discover why I kept sinking.  I tried tightening my tummy with my “training wheels” and behold….I swam the length of the pool (with my head above water so I could breathe.  I never could figure out how one breathed while dunking one’s head…Michael Phelps I’ll never be).  With the same enthusiasm of Dr. Frankenstein’s “It’s alive!” I yelled (to myself) “It’s the core!”  After a 4 lengths I was huffing and puffing but satisfied I had discovered the secret to getting some exercise while staying cool…with my “training wheels.”

I had rejected the possibility of failure.  Sometimes I just need to give myself a break, a leg up, a little extra support.  I don’t have to do it all alone.  And it doesn’t make any difference if I look like a dweeb doing it!

Don’t most of us get so discouraged if we don’t think we can do something, we give up altogether?  Maybe we just need a new approach.  Are you as sick as I am with the hidden shame that surfaces, the feeling of being “less than”, of being judged just because we’re not up to speed with others?  I’m going to take my “training wheels” perspective wherever I go from now on. 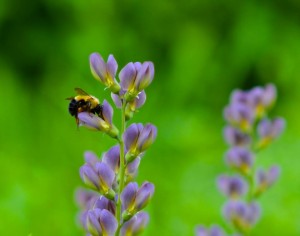 I’m getting rid of “supposed to” from my lexicon, just as I’ve rid myself of the “Why” question.  I also challenge you to share your “training wheel” secrets with one another.  Let’s give into our vulnerability and share who we really are, what we really need, and why we need each other.  Someday you’ll be as old as I am sitting on “training wheels” and you’ll have no choice but to be vulnerable.  The alternative is not pretty.