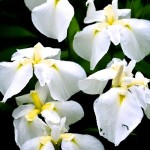 I hated networking.  No, really!  I would have rather pulled out my fingernails one by one with a dirty pair of needle-nosed pliers than to network.  Yet something happened.  I’ve begun enjoying networking.

As a priest I never had to find a network.  I had a ready-made community of clergy and laity.  We understood a mutual language, a set of spiritual and pastoral concepts, and a program rooted in parish structures.  When I left the priesthood five years ago I had to leave behind this convenient professional network.

Why couldn’t I continue with it?  The reasons are numerous.  For many Catholics leaving the priesthood before death is taboo.  Some believe it’s caused by a loss of faith.  Others are upset at the breaking of a promise made in ordination.  For many when a fellow priest leaves it calls into question their own vocation.  It hits too close to home and incites doubts or feelings of being trapped.  A former priest appealing to Catholics for support in any way is as foreign to them as Fidel Castro becoming a capitalist.

When job seeking I discovered that networking often meant schmoozing with a group of strangers without the role that always identified me.  It terrified the introvert in me.  I kept being asked “What do you want to do?”  All I wanted was a job.  It was next to impossible to explain that my rich and esoteric professional background had prepared me for a host of careers.   And I didn’t realize how much the job market had changed.

I had had numerous roles as a priest: pastoral counselor, educator, preacher, liturgist, chief executive officer, chief financial officer, facilities manager, program director, project manager, volunteer manager, fund raiser, writer, editor, decorator, singer, meditator, and community leader.  All at the same time.  I was a generalist who couldn’t narrow down my interests beyond, “I just want to help people.”  The response: “Go on our website and apply for something online.” 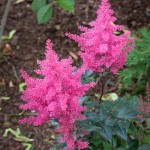 The real issue lay deep in my heart and in my body though.  We all carry emotions and images in us that tend to govern the way we think about ourselves.  They limit us and remain in play until we recognize them and replace them with something else.  But how?

I discovered that there was a way to remove these limitations.  It was possible to rewrite my past.  Through Somatic Intuitive Training™ I reached into my heart and pulled forward the crippling emotions that were connected to past events.  These emotions, rooted in previous stresses and traumas, regularly showed up in the present. They were held in my body ready to pounce.  Fear, anxiety, sadness, grief, loss, resentment, anger, victimhood, were just some of them.

I now could turn the fear and anxiety into a relaxing calm.  The sadness, grief, and loss could now be compassion and acceptance.  The resentment, anger, and victimhood became confidence and power.  I began to get at the root causes of my negative self-talk.  I keyed into the powerful sense of coming out on top, rather than feeling victimized.  And despite my concerns about networking, not least of which is my hearing problem, I realized that most of my issue was self-sabotage.  And so I plunged headlong into a few networking opportunities recently….and thoroughly enjoyed them.

What changed?  First my belief that I hated networking.  What I had hated was the self-judgment that no one would want to listen to me.  Second I now had a clear message.  I was no longer just a life coach with vast experience in spirituality, intuition, counseling, and analysis.  I could now identify myself as a certified practitioner of stress reduction and trauma recovery.   These are powerful issues. Third I now approach networking as a chance to meet people rather than to get clients.  They in turn take interest in what I do and model for me what networking is really about: forming community.

One of the great resources I’ve discovered are the local chambers of commerce.  Tampa has at least six for various geographical and interest areas.  I previously had the image that chambers of commerce were comprised of boring men in business suits.  Nothing could be farther from the truth.  They are men and women of every age and background each with a message to tell and life to share.  This is a new beginning for me.  Maybe networking is not as awful as I thought!