The Big Put Down

When we feel put down we feel “terminally unique”, as if we are the only person on earth who has been so shamed, so humiliated. I fully admit that some people seem capable of shrugging off this kind of experience (or perhaps they just have learned to bury it deep within their psyche.)  For most of us though, particularly we highly sensitive types, a put down can have a lasting effect.

Such experiences usually start in school.  A group of girls decide to bully one of their own, just for the fun of it and to gain dominance.  Boys will be brutal with other boys who don’t fit into the sports maniacal world fostered by our society.  Intellectually slower kids will often feel the brunt of criticism implicit in the quick-witted participation of smarter kids.

And it never seems to end for some people.  Home and work environments invite many opportunities to shame and bully others.  And such shaming takes on a life of its own.  It’s truly difficult to let go of it. We begin to internalize the bully, to define ourselves the way others seem to have defined us.  It’s a story we tell ourselves to maintain “victimhood status”, feeling sorry for our poor selves as a justification for feelings of resentment, anger, hate, and retribution.

I’ll never forget a time when, among professional clergy peers, I was asked to report on what I’d been doing since the last meeting.  I went through all the elements of my life that held interest to me.  I happen to be a creative thinker and was interested in a lot of subject areas in ministry;  I had a lot on my list.

When I finished a fellow priest of high rank in the diocese who didn’t really know me (and who of course eventually became a bishop) sarcastically said, “Well, Michael, we’re impressed.”  I felt like two cents and it took years for me to forgive the rage and resentment I had for this man who, in my eyes, had been given many privileges and who could not possibly identify with me.  I had struggled to make sense of my life and vocation, and this was not being recognized or appreciated. 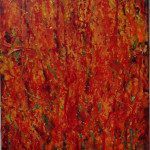 What stories are you clinging to that continue to incite dark feelings and unreasonable surges of negative energy?  Have you tried Somatic Intuitive Training ™ to neutralize these emotions that are held tightly in your body?  I know it has worked for me.  But whatever method you use, when will you decide that your story has run its course and it’s time to begin living freely again?