Religions: Being True to the Founder

This is the last in a series of posts on changes I believe religions must consider to remain relevant to the deeper call to transcendence in human experience. 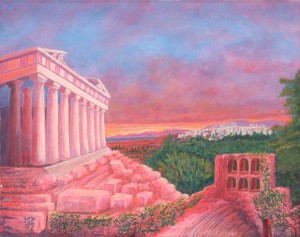 Only certain religions will remain truly relevant and useful to humanity in facilitating transcendence for the human spirit.  They will be the ones that have adhered to the root message of their founders.  Too often we’ve seen the core messages of religions hijacked by zealots and fundamentalists or watered down to mere ethical principles by well-meaning liberals.  Moderates have too often stood by, reacting indifferently at worst and lukewarm at best.   In either case the founder’s message has often been altered beyond recognition or lost altogether.

In the last century the Jewish and Christian scriptures have been subjected to historical and literary criticism.  This has by and large helped us understand better the intended root message of the founders.  This has enabled us to recognize that Moses didn’t write the first five books of the Hebrew scriptures any more than the evangelists received a direct dictation from heaven for the gospels.  There is much more complexity and depth for us to examine beyond the literal.  We can now move toward sorting out the perspectives and motivations behind the authors’ intentions, as well as determine some of the rewriting and editing that might have taken place.  It would be interesting if all religions that possessed a written tradition allowed the same kind of analysis in order to get back to their authentic, non-ideological roots.

One of the reasons I left formal ministry as a Catholic priest was that I believed in my heart that much of institutional Catholicism had abandoned Jesus’ core message.  Portions of Jesus teachings were often taken out of context, stretched beyond their limits, or over-emphasized at the expense of the rest of his wisdom.  I witnessed ongoing fracturing of the community and a sometimes harmful division of loyalties among traditions and spiritualities, most of whom did indeed have a place in the wider Catholic community.  And so it’s been in other faith traditions as well.

I got burned out as a pastor trying to negotiating between so-called traditionalists and progressives in the church, and frustrated over the vast majority of the indifferent.  Many traditionalists practically deified the institutional church and its leaders, while ignoring the essence of what it meant to treat everyone with more than superficial love and respect.  Many progressives would pick up and leave the Catholic community for more congenial churches or for nothing at all if they felt their personal choices were being compromised by official teachings.  And the indifferent hardly had anything to say…ever.  Perhaps my own experience prejudiced my view but as I looked at the landscape of Christianity throughout the world I kept scratching my head, looking for the logic they were using to justify their existence.   I found a lot of talk, reams of official documents, and a plethora of contradictory actions. 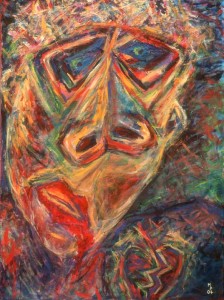 I felt that Jesus had become a prisoner of the very community he founded.  He’d been stylized in art, symbolism, ritual, and theology for centuries.  His core message had been cloaked in complicated theological language that ordinary people found difficult to access.   And most sermons I had heard in parish churches were watered down intellectually to reach the lowest common denominator of the congregation.

The Catholic and Orthodox churches have always expressed their interpretations of Jesus’ teachings through what they call capital “T” tradition.  This has been codified in the official Catholic catechism.  But I believe that if I were able to distill the actual words of Jesus in the bible I’d be shocked at how truly radical he was.  He might even throw out the catechism as being too much of a religious document and not enough of a spiritual guide to transcendence.  The author of the Joshua book series, Joseph Girzone, attempted to depict this reaction of Jesus.

Yet reductionism has always been a danger.  Many who tolerate or even support religion have insisted that the world and societies are better off by being supported by broad religious structures that guide public ethics and morals.   Others have gotten into the “less is more” mentality.  They think: How extreme we can become in some area of liturgy, doctrine, or moral teaching in order for us drive away the unfaithful and separate the wheat from the weeds.  The idea that religion ought to be a benign motivation for good behavior has stripped religion, especially in the West, of its true power to aid people in finding transcendence.  And the idea that the world is divided between the “true believers” and everyone else has created conflict and has been at the heart of much of the warfare and ethnic cleansing we’ve recently witnessed.

Most have realized for the past century that the theological distinctions and political alliances that were behind persecutions among Christians were not worth dying for.  Hopefully the same point of view will be universally adopted where such persecutions continue to hold sway against ethnic groups, religious sects and traditions, females and gays.  At the same time there will always be those on the extreme left who will reject religion’s spiritual role and those on the right who are willing to throw everyone else under the bus.  How can we create an ethos of peaceful coexistence that does not give either extreme a majority voice?

Do you subscribe to a religion or a religious-based faith or spirituality?  If so the issue will be how to identify and remain true to the founders’ essential core beliefs.   Even if you’ve formulated your own ethical and spiritual foundation apart from historical religions, you’ll still need to check in every once in a while to make sure you’re being honest with yourself.  Ultimately at stake is the call to transcendence which awaits all of us.