Many religions try to lock up portals to transcendence by denying radical justice either to followers or non-members or both.  Ten years ago I published an article in the National Catholic Reporter, which used it as their cover story that week.  It was called Betraying the Tender Ideal of the Church and dealt with the impact on clergy who had been clueless regarding the child abuse scandal and cover-up in the Catholic Church.  In it I quoted an ancient adage, justice precedes love.  By it I meant that the actions of the church institution denied the basic dignity that was due not only the abused victims but also of the majority of clergy who were innocent and found themselves part of the collateral damage.

None of us can say we truly love another unless we first give each other what is due to each person as basic to their physical, mental, and spiritual well-being.  Radical justice goes beyond that.  It holds each person in a safe space where there is a prejudice toward their absolute inherent goodness, individual dignity, and ultimate uniqueness even when they do not seem to conform to the religion’s standards of faith or behavior.

One of my pet peeves is when a religion denies radical justice by departing from or adding to its founder’s message.  It’s like adding requirements in fine print on a contract or agreement after it was signed by all parties involved.  Religions that use that fine print tactic in order to “test” its members or to make it more difficult to maintain membership are fundamentally flawed and seriously corrupt.

Sometimes the “fine print” is not even from official sources.  As a parish priest I found myself correcting the “fine print” that well-meaning but apparently ignorant clergy, teachers and parents foisted upon children and adults.  Their dignity and ability to make sound decisions about life with accurate information was seriously compromised by what amount to fairy tales, rather than sound doctrine.  Yet even when I attempted to corrected their misapprehensions they were so indoctrinated or motivated by fear that they didn’t accept my veracity saying “Sister (Father, Mom, Teacher) said it was true!” 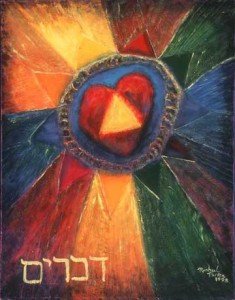 Here are a few items that had cheated ordinary people from the justice in religious education that they had deserved.  NOTE: None of these statements is true according to the official teachings of the Catholic Church.

–  Only Catholics get into Heaven.
–  It’s a sin to marry outside your faith.
–  Doing something that is seriously wrong is automatically a mortal sin.
–  Premeditation and freedom of will have nothing to do with the gravity of sins.
–  Forgiveness comes only through a priest.
–  Beating your wife is not a sin and abused wives must “put up with it.”
–  There is never a good reason to separate from your spouse.
–  Touching your private parts while bathing is a sin.
–  Sexual sins are the worst of sins.
–  Divorced persons are automatically excommunicated.
–  Excommunicated persons are going to Hell.
–  Catholic annulments are only for the rich and connected.
–  All priests take a vow of poverty.
–  Babies who die without baptism go to Limbo, which is a real place.
–  Purgatory is a real place.
–  Everyone ends up in purgatory.
–  You get to Heaven by being good.
–  The priest has to celebrate mass facing the people.
–  The priest has to celebrate mass with his back to the people.
–  Sacramental confession is necessary before receiving Holy Communion.
–  Priests cannot be married.
–  Sex is dirty and is only for producing children.
–  Homosexuals cannot have their children baptized.
–  Only Roman Catholic and Eastern Orthodox clergy are validly ordained.
–  The pope is always infallible no matter what he says.
–  Cardinals were named after the birds and not the other way around.

I could go on but you get the point.  But then there are more serious breaches against radical justice that affect whole cultures and populations.  These are the ways in which organized religions will sometimes be more concerned with their prerogatives than with the core message they are meant to preserve and spread.  These breaches include:

–  Promoting the belief that God is on “our” side, that coercion to convert or relocation of undesirable populations is something that God sanctions, that there is something qualitatively different between the “orthodox” and the “heretic”.

– Supporting clearly corrupt civic leaders or governments that use religion to whitewash their policies or activities and/or to keep the people in line.

–  Interfering with the consciences of members (especially bishops and theologians) by silencing opposing ideas and opinions or squelching debate and discussion especially in theological or doctrinal matters.

–  Overreaching by promoting teachings that purposely marginalize or alienate groups of humanity who may not conform to the traditional definitions of gender or sexuality.

–  Perpetuating dualistic thinking between body and spirit that serves to dis-integrate further the experience of being human. 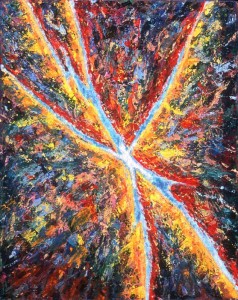 The result of religions withholding radical justice sets a tone and shows an example to secular society that it’s okay to treat people unequally.  It offers a false justification that can buttress a variety of injustices in the areas of: economics, marriage, gender, education, health care, availability of medication, immigration, mental health, law, ethnic cleansing, population relocation, war, food production and distribution and more.  Religious organizations help to create structure and order in society by opening up all possible portals to transcendence for its members.  But this becomes a futile enterprise if they do first examine their collective consciences to ensure that they are offering the radical justice due to every person.