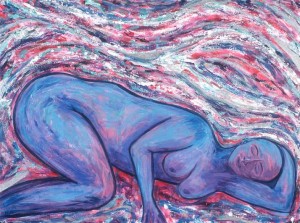 The primordial portal to transcendence is love.  Even before the first humans found themselves spiritually transported by the weather, the cosmos, or natural disasters, what made them human was that they knew love.  Jesus describes God as love and if God is love then in all human experiences of love we automatically transcend ourselves.  It is the common bond that unites us as one community.

Early on I learned that I had a soul.  It seemed like an amorphous cloud that took up space somewhere near my heart.  Later I discovered that my soul is the seat of my deepest consciousness, intuition and empathy.  It can send me to the outreaches of the cosmos and pull me back into relationships, sometimes for my ultimate good, sometimes not.

It made sense to me that since my soul was intertwined in love that God could “make things happen.”  I later abandoned this magical concept of grace.  If grace is truly gift then I needed to affirm that I came into the world fully equipped to be in love and to be loved.

By now some atheists are being turned off by my God talk.  But I have learned that even professed atheists know that there is something about love that transports them out of themselves.  Some of the most passionate, loving, and conscious people I’ve known had set aside any notion of a personal God or a spirituality that is separate from basic human experience.

Yet the nagging thought was there: Why didn’t religions make a bigger deal about walking the walk of love in daily encounters and not just talking the talk?  Why was I often encountering a cold shoulder of indifference whenever I sought a deeper connection among my fellow religionists?  Was it me, or was I simply expecting too much from a human institution that claimed to be founded and run by God?  Where was the love among my peers that would honestly engage my soul? 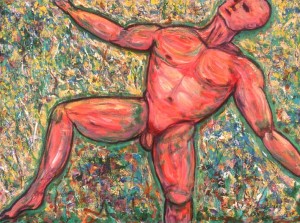 Hebrew and Greek are the main languages of the bible and use several words to describe the various facets of love.  In Hebrew the words for love are widely and variously translated as: other-centeredness, connectedness, intimacy, terms of endearment such as beloved, mercy, loving kindness, love contracts, compassion, womb, friend, and neighbor.

–Eros:  physical passion, feelings of arousal that are shared between people who are physically attracted to one another, sexual gratification and fulfillment associated with the libido.
–Storge:  the natural bond between mother and infant, father, children, and kin.
–Phileo:  affection, delighting to be in the presence of another, a warm feeling that comes and goes with intensity as between friends, but not so much with people whom we dislike or hate.
–Agape: God’s kind of love; unselfish, unconditional, and sacrificial.  It seeks the welfare and betterment of another regardless of how we feel.  This is the love that moves people into action and looks out for the well-being of others, no matter the personal cost.  It’s what we saw in abundance on September 11, 2001 in Manhattan.

Growing up I found that Storge and Phileo were easily, though not consistently accessible.  I soon learned never to touch (figuratively or literally) Eros!  And Agape was just totally unattainable!  And I was totally fascinated with them both. 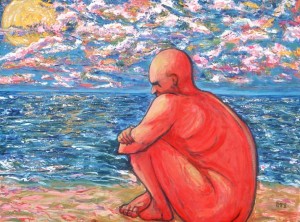 After years of trying to compartmentalize the various strains of love and ‘sublimate’ any kind of love related to genital activity, I surrendered to the reality of being human.  Instead of trying to hold it all together as a celibate clergyman I sought to explore my most vulnerable self.

It had seemed that religions had reduced Eros to sexual activity, whether alone or with others.  It was viewed as crossing the line into pornography or perversion, except between married heterosexual couples.   And religion had exalted Agape as something totally beyond us.  Only God could have expressed the ultimate Agape by letting Jesus die on the cross.

I began to ask myself some hard questions:  What if all four kinds of love were absolutely necessary for all of us to find transcendence?  What if we needed each kind of love in its proper place in order to move beyond ourselves and discover our deepest consciousness, our soul?  What if Eros were as sacred as Agape and as necessary to the human spirit to find wholeness?  What if there was no such thing as a “base” kind of love as opposed to a “pure” kind?

Through a series of traumas in relationships, especially as a highly sensitive person, I had grown frightened of love, even the ordinary Phileo and Storge, which were not always evident in my family or among my friends.  I grew to distrust love and lost faith.

I worked out my loss by entering the celibate priesthood, figuring I’d get all the love I needed vicariously through religion.  I didn’t expect to fall in love, but was constantly in a state of infatuation.  I found my dependence on self-pleasuring to be a life-line that relieved the stress of my loneliness and performance anxiety, despite the accompanying guilt and shame.  I discovered that envy and loneliness were triggers that made me yearn for deeper connections with men, simply to be valued, to be held and affirmed in my body as a way to reach my hungry soul.  I more I hungered, the more I discovered how affectionately anorexic  I and most of my fellow clergy were and how hard we were working to distance themselves from love.

My prayer life eventually came to a standstill.  I was angry that God seemed to make life so difficult for me for no apparent reason.  Short of glimpses of transcendence in nature, there seemed to be a block between us that I could not work out either in my busy head or in my dry heart.  After my mother’s death I came to realize the celibate priesthood denied me the need for the full range of love in order for me to discover a fuller transcendence, in the body and not just in words.

I discovered that if religion is to set transcendence free for all to experience, it has to get off its judgment throne regarding love.  Religion needs to become more comfortable with love in all its expressions and manifestations, even when it seems to be veering off into tangents that make people uncomfortable, as homosexual and even interracial marriage still does among many. 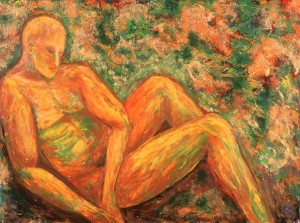 Religion’s job is to ensure four things: 1) to teach that authentic love is consensual, mature, and affectionate in all its forms, 2) that authentic love can be a portal to transcendence and that ought to be a primary and conscious goal, 3) to protect minors from predators and abusers, and 4) to protects all who are struggling to integrate their love and sexuality from unwanted pregnancies and STD’s.

The challenge which we so often overlook is that all four forms of love have a place in moving each of us toward transcendence and therefore toward our truest selves.  Until we affirm and recognize love in all of its adult forms, organized religion will continue to fetter the possibility of transcendence and replace it with shame and guilt.

Next time:  Getting Comfortable with Sex

All artwork copyrighted by the artist Michael Parise