Reflections from a Growing Mystic 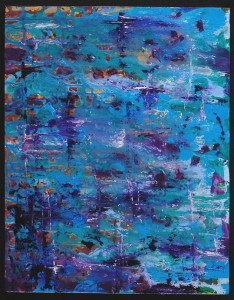 The following came from a good friend who has been reflecting deeply on core values.  I share his thoughts with you!

I am just completing ‘The God Delusion’ by Dawkins.  (I know, I came late to the party!)  A few years ago I read ‘Letter To A Christian Nation’ by Sam Harris, and I absolutely agreed with every word.  However, I was not able to let go of ‘personal spirituality’; of some concept of the ‘me’ that was not merely physical or a manifestation of the marriage of physical and self-awareness. There had to be something greater than my paltry little existence, something not so much ‘out there’ as ‘in here’ that connected me with every other animate being.  So, for a long time now I have thought of myself as a ‘believing agnostic’.

Dawkins arguments against ‘God/religion’ are, in my mind at least, convincing and realistic and I must say also, very compelling — at least to a mind that has already graduated to that level of thought.  But I cannot let go of this need to believe that I am somehow connected to life, that life itself exists outside of the ‘living’.

Being a ‘sensitive’ this whole concept flies in the face of my experience.  I have clearly felt, and a couple of times ‘heard’, a couple of my dogs that had passed away.  Two weeks before Easter I had to put down my 17-18 y/o Nicholas.  Then, four weeks ago, at a little before 1 am I was at my computer and let Oscar out into the yard.  Two minutes and a yelp later and he huddled, shivering under the kitchen table.  As he was clearly in pain it was obvious that he’d been bitten by a snake on the left side of his nose.  I grabbed him, hopped into the car and drove him (1-1/4 hour) to the closest emergency vet hospital.  We got there in time and after a speedy examination, they put him on an IV of anti-venom, pain killer, and antibiotic and sent me home.

I picked him up at 7:30 am and brought him home — within a couple of days he was back to normal.  I could not have borne the grief if I had lost him.  Nicholas and Willie make their presence known from time to time and, while I certainly can accept the possibility that I am mentally unbalanced, I’d be less than honest if I were to say that I don’t believe that the soul has a continuation of life after physical death.  But, science refutes this.  There is no ‘soul’.

I will have to look further for that piece of growth to occur in me — and then reconcile myself to the cold hard fact that ‘this life I am living is all there is for me…when it ends, I end’.  (Tell that to my Mother, dead since 1984, who from time to time wakes up the wife of a cousin of mine to insist she call me with a message…).

But, my own ultimate end will be THE END.  I suspect that this particular thought is probably the last argument one must need to overcome to finally throw off ‘religion’ and all its anti-living message, and all its absurdity, and all its evil.

If I had had the intellectual and emotional maturity to finally reach the point where I am now, back when I was 20, I can guarantee that my last 40 years would have been spent very differently.  Instead of putting off to the ‘next life’ the things that would have brought me pleasure and happiness, I’d have chosen to do them ‘now’—to be enjoyed in this life.  To come to this knowledge so late is actually quite saddening.  And I do blame ‘religion’ for that.

When ‘Dives’ called up to Abraham to have Lazarus bring down a drop of water from heaven to earth and is rebuked, and then asks that an angel be sent to warn his brothers, he is told ‘but they had Moses and the Prophets’.  That is somewhat like the feeling I have now—this intellectual inquiry has been there in front of me for all these years, and I have ignored it (as Dives ignored Moses and the Prophets).

Also, I suppose my livelihood (sometimes in part and sometimes in whole) has always been earned by, at the very least, ‘going along’.  And even though I clearly no longer bought into the charade, I helped perpetuate it for fear of becoming unemployed.  How many priests in parishes do we know that are in the same boat? 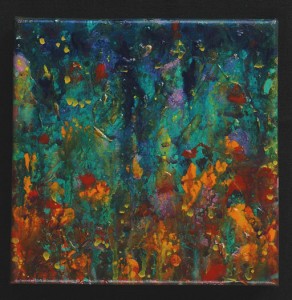 So my course now must be to find a way to fill the rest of my life with things which will ‘make a difference’, so that my life will have had meaning—not because of what I believed (or disbelieved), but from what I did with my life.  And then to hope that, as I lay dying, I will be somewhat comforted by those things I created that benefited others;  perhaps some little thing will come to me and bring a smile to my face as I recognize that, in my own individual way, I added something good to the totality of life.

My big desire for the afterlife to be real is that I have known so many people (and my dogs) who have died and that I miss – and it would be really wonderful if I get to meet them again – but if there is not anything after my last breath, I hope to learn in these upcoming years to accept that fact and perhaps that little smile of remembrance on my face will be enough for me to go peaceably.

I need to meditate on Dylan Thomas to help guide me now:

Do not go gentle into that good night,
Old age should burn and rave at close of day; 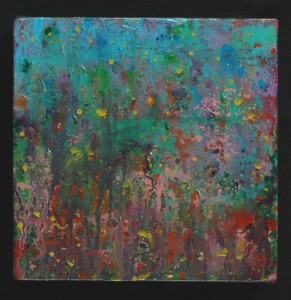 Rage, rage against the dying of the light.

Though wise men at their end know dark is right,
Because their words had forked no lightning they
Do not go gentle into that good night.

Good men, the last wave by, crying how bright
Their frail deeds might have danced in a green bay,
Rage, rage against the dying of the light.

Wild men who caught and sang the sun in flight,
And learn, too late, they grieved it on its way,
Do not go gentle into that good night.

Grave men, near death, who see with blinding sight
Blind eyes could blaze like meteors and be gay,
Rage, rage against the dying of the light.

And you, my ‘conscience’, there on the sad height,
Curse, bless, me now with your fierce tears, I pray.
Do not go gentle into that good night.

Rage, rage against the dying of the light.