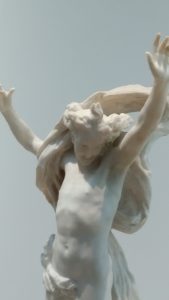 As I write this on June 12, 2017 I think of the 49 victims of terror who were shot to death at the PULSE nightclub in Orlando a year ago, as well as their families and friends. Most of the victims were of Hispanic origin; some of the survivors, even in the midst of the bloodbath, were worried about hiding their identity as LGBTQ (Lesbian, Gay, Bisexual, Transgender, Queer) men and women. They turned to the community they found at PULSE as a refuge, a safe place where they could be themselves. This fact makes the shootings all the more horrible and poignant.

Yesterday I received a terrific insight.  I was attending services at Metropolitan Community Church in Tampa (a denomination founded in the 1960’s specifically as a safe place for LGBTQ folk to be themselves AND followers of Jesus). The Pastor, Jakob Hero-Shaw, said in his homily that gay clubs and bars have always been more than watering holes or party venues. They have been sanctuaries where gays and lesbians, and others, have felt safe from the hostility and misunderstanding they’ve often felt from the rest of the world. There we can be totally ourselves, without having to resort to social editing.

The greatest misunderstanding still prevalent in society is that being LGBTQ is a personal choice, like deciding to put on black rather than brown socks. I have yet to hear about or meet one LGBTQ person for whom the choice was made at or before birth. It’s just the same for heterosexual persons. Why would anyone put themselves through the living hell, including torture and death, that many LGBTQ people have experienced if it were just as a matter of choice?

The Center for Disease Control and Prevention tells us of the huge percentages of violence, rape, bullying, and suicide among LGBTQ folk. Especially egregious are the statistics for LGBTQ teens.  I also think of the large number of gays and lesbians of my generation who married and had children out of a need for love and companionship and later came out when they no longer could bear keeping the big “secret.”

I was delayed in my coming out until I was 58. It was and still is an inconvenient secret to be gay as a Catholic priest. The matter had nothing to do with sex, assuming one lived a celibate life. For me It had everything to do with living a life of integrity and authenticity, and of using the full range of spiritual gifts God gave me to bring a unique and important perspective to life and ministry. It meant being honest and transparent.

I found that in the post-sexual revolution world, it was easier for religious people to make the mental reservation that young people remained virgins until marriage, even though they probably didn’t. It was understood that maturity took many routes and most adults were patient and understanding, because they remember their own journey.  But introduce the specter of homosexuality into the mix and watch the fur fly! Suddenly the same sexual behaviors tolerated by many religious people took on an air of scandal and perversion, all because of the mistranslation and misinterpretation of a few passages in the bible.

After I came out I discovered the courage, honesty, and spiritual gifts of LGBTQ people.  I came to realize that Jesus’ teaching, “To whom much is given much is required,” also meant that being gay and in the minority meant that I either saw it as a curse from a cruel God, or a blessing from a loving God. I chose the blessing, one which has existed since the dawn of humanity and for which there is evidence going back into ancient Egypt.

I’ve learned to celebrate rather than hide my gayness as man of wisdom and grace who help an awful lot of people by identifying with their unique struggles.  Most of all I stopped being judgmental and learned what acceptance really meant, because I’ve been there myself. I am more aware of God’s love than ever before because I am a gay man. My book, Life Interrupted, Taking Charge After Everything Has Changed came directly from my struggles within myself to be real and to live intimately in the present moment as I am, and not as I wish I were.

We must never forget what happened in Orlando that night one year ago, when joy turned into horror, and death turned into hope. PULSE will remain a touchstone for all of us who know that being true to ourselves costs, sometimes our lives. For all people, PULSE is a sign of human courage and dignity, of sacrifice for others, of heroism, and of refusing to bend to others’ definitions of who each of us is as gifted and beloved members of the human family.

Portions excerpted from Michael’s book: Life Interrupted, Taking Charge After Everything Has Changed
Since 1979 Michael has worked with individuals and groups to take full advantage interruptions and changes to balance responsibilities, simplify their lives, and find greater productivity and peace.
Want Michael to speak for your next event?  Or hire him as your personal executive Life Coach to improve your relationships at home and at work? Call 813-444-9641 or email: parisecoaching@gmail.com

Connect with Michael:
The Web: http://www.mpariselifecoach.com
LinkedIn
Book Michael to speak for your group or event.
Contact Michael for a Complimentary Coaching Session