Our Stories Can Lie 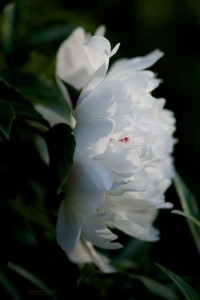 Some of us may not think we’re particularly literary, but each of us is a great story-teller.  Some of them are factual, based on real-life experiences and may be fun to share with others.  And some are downright tragic.  Many, however, are actually based less on facts than on our emotional impressions.  Especially when we feel hurt or offended, we can manufacture a story to justify the offense.  It’s this last type of story with which I’ve been dealing lately.

Many of my stories have had the theme of “poor me.”  It’s not an attractive concept but it’s had traction throughout my life.  They have justified why “I didn’t get what I wanted.”  Thus they’ve served a purpose to explain my feeling “left out” or “less-than”.

At the core has been a feeling of being separated from the rest of the world.  Through some recent work I’ve been doing with a counselor my intuition tells me that as a small child, perhaps even in the womb, I got the message from my mother that the world was a fearful place.  My father was equally wary.  I had been born into a hyper-vigilant household.

Being constantly wary of the world and its inhabitants led me to wonder why I didn’t fit in and therefore what might be missing to make me “normal”.  I eventually developed the feeling that the world owed me.  I sought out the missing pieces of my ego through adults, hoping they would magically restore me to the human race.

Especially for a precocious kid I often got what I wanted.  Teachers and relatives praised me for my artwork, my clarinet playing, my academic acumen, my gardening, etc.  I felt good that someone recognized my existence and value.  Maybe I wasn’t invisible, and despite the bullying I experienced by peers, at least adults who had power saw the “real me.”

But this didn’t work when I became an adult.  I was left with fending for myself and became increasingly self-contained and independent.  It actually worked against me when I became a priest, began to publish short works, to create art, and to strive to develop my knowledge and skills as a pastor.

I just wanted to do more.  I had a fairly extensive background that could be used for the good.  I thought if I simply let it be known that I was available that those in power would offer me the chance.  I now understand that I didn’t have the facility or temperament to do the groundwork, to make myself appear as part of the team (or, as I’m coming to understand, perhaps God just wanted to protect me from getting too close to the “flame” of church politics).  Yet all of this only added to my “victim story” and justified my feeling wounded, isolated, and ignored.  It ultimately led me to leave the priesthood five years ago after 32 years of service and no hope of a pension. 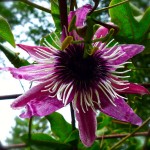 Since then I have realized how much I’ve let my stories control my life.  They were familiar and comfortable stories that hamstrung me from moving forward.  Now that I am one-by-one neutralizing them, I find that I have more energy to live in the moment, to recognize what I really want and to advocate for it, and to live with less stress and enjoy more inner serenity.

What stories come to mind automatically that are your “go to” justifications for why things happen to you?  Have you begun to shift your perspective and see them just as illusions manufactured in your mind to maintain what you believe about yourself?  Dig through them; write them down; look at them for what they really are.  And then try re-framing your stories to reflect the truth.