More? Too Much? Or Enough? 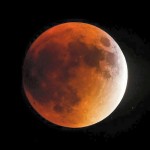 Living as a Baby Boomer I heard one message from my culture that was loud and clear: “More is better.”  This was the message post-Depression, post-WWII, post 1950’s recession, a period of over 20 years of belt-tightening and making-do.  Having more meant moving up the ladder from lower- to upper-middle-class.  It meant laundering at home, buying your own music to play on your own record machine, and a second pair of dress shoes.

The “more is better” mantra came home to me as early as age four, when a kid in my kindergarten had the temerity to purchase ten nonpareil candies for a dime during recess!  Unheard of in 1956!  Later, at age twelve I witnessed a boy in the bowling league who came into the lanes dressed in his own custom bowling shirt (replete with his name emblazoned on the back), fancy shoes, and blue-swirl ball, and leather bag.  He swaggered like a mini-Trump, as if to say, “I’ve made it.  Have you?”

At home we were content with our black and white TV and rabbit ears antenna.  We eventually replaced it with a marvelous B&W portable on a rolling stand (more!), so that the nightly news could assault our sensibilities with images of the Vietnam war all through supper.  Eventually we got a color set (more!); Mom got a dishwasher (more, more!); and we finally installed a big air conditioner in the living room wall that cooled the entire house (more, more, more!).

But we were still pretty frugal.  Dad shopped for discounts, cut coupons, and bought only used cars.  We had to twist his arm to spend the extra to buy the much tastier brand name cranberry sauce for our chicken.  Mom kept shutting off the A/C to save electricity. None of us got rid of stuff until it broke down, which seemed to take forever back then; most everything was built to last twenty or more years.

Today many of us, especially the young, assume most appliances will be obsolete within a matter of months.  There seems always to be a new iteration coming along for everything.  “More is better” has been replaced by “it’s never too much”.  And so we spend lots of cash on stuff we really don’t need right now, on edibles that really don’t nourish the body, and on technology that creates a need as soon as we plug it in.

I’ve been working on a new perspective.  Rather than “more is better”, or “it’s never too much”, I am pushing: “I am enough; I have enough; there is enough.”  Try saying that next time you hear about a 5G phone, or an 80 inch 3-D, LED, curved screen, ultra HDTV with built in fridge and maid service!

I know in my heart that I am ecstatically happy when I believe I am enough.  I am wealthy beyond measure when I believe I have enough.  I am propelled to act for the sake of others when I believe there is enough.  More is not always better.  There is such a thing as “too much.”  Enough really is…enough!   As Charlotte Vale said at the very end of “Now Voyager”: “Don’t let’s not ask for the MOON, when we have the STARS”.