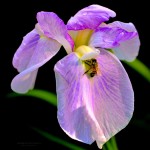 I don’t know what’s happened to me.  I used to be so disciplined.  At least that was the image I had of myself.  I got up early, ate, brushed and flossed, prioritized by daily work and got it all done, had supper, did homework, watched TV and went to bed no later than 10 pm.  This was my pattern for decades.  In college and seminary, I even had an hourly schedule for each week, down to when I’d take a walk, pray, or get a haircut.  I always hated wasting time.

There’s something to be said about a scheduled life, that is until variables enter the picture.  In time my life opened up to include lots of interests for which I no longer seem to have enough time: writing, painting, cooking, gardening, meditation, husband, household, coaching business, reading, media posting and Judge Judy.  I just can’t seem to fit it all into my week.

Maybe I’m just lazy.  When the doctor told me my triglycerides were over the top (what the heck are triglycerides anyway?) I cut out as much cheese and sweets from my diet as I dared.  It is, after all, a cardinal SIN to separate an Italian from his cheese).  I tried my best.  The numbers went down.  And then I lost interest.

If I were just more athletic.  I always envied (and despised) runners who cheerfully rose in the morning at 5 am to run on smog-filled streets, working up a nice sweat, and then consuming large quantities of coffee (did I tell you I love coffee but the acid kills me?).  These guys always seem to have flat stomachs, long waists, skinny legs, and a jolly personality from dawn to dusk, because, after all, their running routine gave them lots of energy!

Now if sound just a little bitter, it’s because society labeled me as defective.  Yes, I was one of those boys.  Husky sized!  Ever try to buy trousers for a kid with a short waist?  “I’m sorry Madame, he’ll have to go into the husky size.” The implication was not that I was overweight, but just misshapen.  You know that stomach, spleen, liver, kidneys, bladders, and intestines that get packed into a human’s torso?  For us with short waists it meant that all of those organs had nowhere to go but out, resulting in a slightly thicker waistline: HUSKY (all I could think of was those big hairy dogs in Siberia).  So that, along with my dire need for eyeglasses, gave me a perfect excuse to hate athletic activity as well as those active, skinny, muscular boys with long waists who actually enjoyed gym class.  How I hated that gym class, six years of torture that programmed us “defective” boys for failure!

And so I determined that I would immerse myself in that which interested me.  And I found lots of interests and lots of opportunities to get bored and move on to the next interesting hobby.  Eventually as an adult I ended up going to the gym and got into fairly good shape, only to find at 64 my efforts have been counteracted by an increasingly slow metabolism, marriage, and a greater availability of ice cream and bread.

I also have less mental stamina to go around.  I have to pick and choose how I’m going to use my concentration.  As a result, my writing a book and building my business have overtaken my painting.  My deafness and tinnitus have overtaken my social life (why does everyone like to go out to restaurants, 99% of which are NOISY in the extreme?  What happened to entertaining at home?) 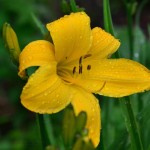 So am I lazy or just overwhelmed with all the possibilities of a lifetime?  Maybe it’s the latter. After all, when you live into your seventh decade you’ve probably forgotten more than most people have learned.  And you’ve gotten good at doing a lot of things that you enjoy.

My solution?  First, to respect who I am today, and not how I was when I was twenty-five or fifty-five.  Second, to acknowledge that everything will not get done…forget about doing it perfectly…it just may never get done at all.  Third, to prioritize according to my core passion.  What is my soul saying about how I need to be in order to be authentically, and uniquely, “ME”?

Now if I can just concentrate on these three simply steps everyday….

NOTE:  Michael will be at the Pure Zen Center, Memorial Highway, Tampa on Saturday, June 18, at 10:30 am to lead a workshop called, “Is Spirituality in Your Reality?”  More information on Michael’s FB page.   Read more at Michael’s Life & Soul-Shifting FB page:  https://www.facebook.com/HeartCenterCoaching/