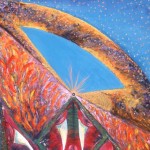 I’ve been wanting to inquire about the fascination many in our country have with firearms.  There seem to be four major categories of people who enjoy the use of guns:

What do you think our general fascination with guns is all about, especially for men?  (Some estimates are that 300,000,000 guns are held by citizens of this, one per person in the current population.)  What is the internal mechanism in your opinion that makes people feel more powerful just because they own a firearm?  How many of you have saved a life outside of war because you were able to use a gun and had one handy?  Just wondering…