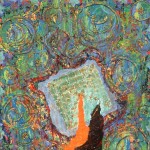 I’ve managed to rid myself of a lot of false guilt, rooted in lousy feelings and self-defeat.  Guilt for me is rather my knowing that I’ve done something I should not do, that violates my own values and ethics.  But guilt comes in a lot of other forms.  It can feel like a pang in the pit of our stomach or a flush of heat rising toward our heads, especially after saying or doing something stupid or embarrassing.  Guilt can also masquerade as shame, whereby we feel self-defeated or somewhat defective just for being ourselves.

I’ve been discovering that it’s this last form of guilt that plagues a lot of people in relation to two areas: work and family.  Women’s primary guilt tends to activate if they are not living up to their expectations of being a good nurturer and support to their family and friends.  Men first tend to feel guilty around job performance and making enough money, for not having enough ambition and drive.

Working with Diane, a fellow coach, has been a great help to me.  Diane offers me a female perspective on a lot of issues.  Being a career woman, she explained to me that no matter how much women may value their jobs, many of them still feel terrible guilt that they are not being adequate wives, mothers, and lovers.  They put a lot of pressure on themselves that they are somehow letting down the people in their personal lives.  All of this is brought to work and can affect a woman’s career prospects and job performance.

Men tend to feel guilty about underachieving and underperforming at work.  They put themselves back in the neighborhood park, not wanting to be picked last for the team.  They also often project unresolved father-hunger onto their bosses, wanting “daddy’s” validation.  This guilt becomes more complicated when a man is talented and sees the big picture at work and just wants to make the system run more smoothly, but comes up against “corridor politics” that do him in through innuendo and snarky attitudes.  All of this gets brought home in some very complicated and unhelpful ways.

Learning about the primary source of guilt, be it at home or at work, can be an important point for coaching.  We can be liberated from false guilt and take positive steps to replace it with confidence and personal power.  Why waste time on false guilt, which sucks the energy and life out of us?