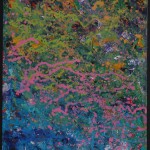 So how was the weekend?  Thanksgiving meals, parades, football games, shopping excursions and family time have created a uniquely American holiday.  It’s a nexus of events that bring together the best and sometimes the not so best in us.  Anything happen to you that was gobsmacked-worthy?

Gobsmacked is my new favorite British import.  It means experiencing something that is like a smack across the face.  It’s both a wake-up call and a shocking reminder that there’s always room for a surprise or two in the course of life.

A friend of mine recently was gobsmacked.  His son stole away in the middle of the night during a hurricane to drive a dozen hours south in order to pick up his new “fiancée”, a woman with whom he made acquaintance while playing computer games!  The young man has had some serious difficulty in focusing his life and recently made some major decisions about his career.  Nonetheless, sight-unseen he became engaged at the tender age of twenty to a woman several years his senior.   They married down South and returned by car to New England, without having made living arrangements or obtaining a job for his new wife.  I won’t go into all the gory details, but needless to say, my friend and his wife were definitely gob-smacked.  They’re still trying to come to grips with the situation as to how to deal with their son and new daughter-in-law.

Did anything remotely like that happen to you this weekend?  Whenever family gathers there is the potential both for tremendous warm feelings and explosive fireworks.  The latter is one of the reasons why I don’t spend holidays with one of my siblings.  Most of us are simply unprepared for the challenges to our dignity and sensibility that can arise around holidays.

Such shocking developments require a process in order to work through them.  The process is very similar to that of Elizabeth Kubler-Ross’ five stages of grief:  Denial, Anger, Bargaining, Depression and Acceptance.   Working through these five stages is key to coming up with a reasonable response to being gob-smacked.

At first we can’t believe our eyes or ears (denial).  Next we often respond openly or inwardly with rage that this is even happening (anger).  Then we begin to weigh the pros and cons of our response and that of other interested parties, trying to figure out how tolerant, indignant, insulted, or compassionate we should be about the situation, without giving up our ethical principles (bargaining).  Next comes the depression, a feeling of being totally overwhelmed, not finding a simple or effective solution, and sensing the loss of yet another argument or family member because of the position you’ve embraced.  Finally acceptance arrives, sometimes months later, when you realize that you can’t really do anything to fix the situation and that it’s up to the principals involved to deal with their own life.  You embrace the “new normal”, despite some very strong feelings to the contrary.

So tell me your gobsmacked story this holiday season.   I dare you!  I’ll bet there are a few doozies out there!  Share with our readership or email me at michael@parisecoaching.com if you want an objective compatriot.