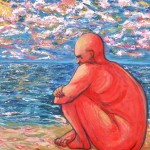 In my last post, Facing My Biggest Fear, I wrote about how I tried to avoid isolation and loneliness most of my life.  I concluded this post with:  I now have a new perspective.  Instead of seeking the perfect date I am going out on dates…with myself.  I have got to be my own Mr. Right.  No one else can complete me as a person.

Not that I haven’t been on the lookout for a suitable partner.  In the last couple of years I’ve had opportunities to associate with a variety of men.  Sometimes we’d meet for drinks or a meal, go to a movie, or just sit around at home relaxing.  Seeking to make a deeper connection however, I found that I was continually frustrated.  One of the characteristics of highly sensitive persons (HSP’s) is that we often seek deeper commitments and communication in friendships sooner than most other people are comfortable.  We like to go deep, and fairly quickly.  This has not always worked for me, since it can put guys on the defensive and shut down meaningful communication.

Jordan, a gay therapist friend of mine offered me some sound analysis.   I find his insights apply equally to straight and gay men.  The only difference in gay relationships is that there are two men butting their heads together, often at odds even with their deep desire for connection and intimacy.  I quote him extensively because his comments provoke thought and perhaps some good controversy, which will hopefully lead to deeper discussion on the matter.

Jordan believes the crux of the matter begins with the statement made by a lot of men (and women): I can’t even find a man worthy of a date.  In this perspective a lot of gay men prematurely and often sub-consciously judge each other even as they’re trying to connect.  Ironically they actually avoid risk and vulnerability, the very necessary elements for meaningful connection.  After a while they simply decide that no one can live up to his expectations.

In our world men, whether straight or gay, are socialized based upon their maleness.  The possibility that many gay boys may be living their lives out of a different set of presuppositions from their straight counterparts does not occur to most parents.  Jordan writes, Society as a whole does not “socialize” people (simply) to be in romantic relationships…it socializes us to be in romantic heterosexual relationships.  Since it is impossible to “opt out” of society, we (gay men) are subliminally conditioned to view relationships (and the world) through a “masculine” lens.  Here in lies the problem….

This “masculine” lens teaches us, in an unconscious and insidious way, to be competitive: Regardless of whether as gay men we were ever “athletically inclined” has nothing to do with it.  We are taught to be “strong”—competitive, ego-centric and entitled—all qualities that make a good “warrior”.  And sometimes that all works really well as it helps us to be good protectors and providers to our families.

He continues: But inherent in being a competitor is the fact that someone must LOSE.  Now, women know how to lose.  Our sexist society (though ever changing) has conditioned them to be okay with losing.  They are okay with “acquiescing” or rationalizing or sacrificing because they think RELATIONALLY.  We as men do not.  We are not wired that way, nor are we taught to think that way.  It’s a double whammy.  Given the relationship template we’ve been given, SOMEONE needs to be okay with being vulnerable—sacrificing and not feeling inadequate as a person because of it.

So…here were are, two (gay) men, neither one wanting to be vulnerable (which is required in order to make a connection), sizing up a potential partner (making judgments about our competitor), and feeling “entitled” to entering into a relationship with someone as equally “masculine” as ourselves.  Because we are wired visually, we see a well-muscled Adonis and think, “Oh, he’s masculine, like me.  I want HIM!”  And if we’re lucky, he finds us physically attractive, so we become physically intimate (because let’s face it, as men we are not taught to initially access levels of attraction based on what our HEART tells is.  We look to sex as the barometer).  Okay, let’s say that all goes well in the bedroom and we decide that we want to do it again, and again, and again…which we assume means that we ought to have an exclusive relationship.

But remember, because we view life as a competitive sport, someone eventually has to lose if I’m to retain my identity as a “real” man.  The irony here is that if we both are fierce competitors the relationship will be filled with drama and hardship; yet if one of us acquiesces…we’re no longer the “masculine” guy we were thought to be…and therefore we are no longer attractive…because we essentially have become “feminized”.

So, in a nutshell, it is the power struggle that trips us up.  No one ever really wins. I think that as soon as we are able to embrace the “feminine” sides of ourselves…the part of us that can sacrifice our ego for the sake of a relationship, the better off we will be.  We can learn a lot from women, if we allow ourselves to do so and not be threatened by what it might mean about our identity as “real men”.

I find Jordan’s analysis poignant and compelling.  What do you think?  And how do my women readers see some of these same characteristics in their boyfriends, partners, or spouses?  Feel free to comment and feel free to disagree.  Add your own contribution that others may benefit.