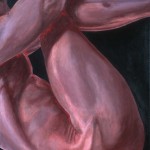 The other day I went for my walk.  I met up with a friend I’ll call Tom.  Tom is a sweet, generous, intelligent, and good-natured guy who doesn’t seem to believe it.  Now in mid-life he’s been wracked with pain from injuries and unable to work.  Tom is also a prisoner of his past.

As we walked along Tom shared a lot about his life.  He was particularly influenced by his wealthy and successful grandfather.  This man tried to motivate his children and grandchildren by setting absolute goals and definitions of success.  But, like many ambitious men, he imposed an emotional burden on his family which was impossible for most of them, including Tom, to carry.  It appears failure was not an option for this patriarch.  Anything less than success was a sign of a life broken beyond repair.

It’s amazing how one ancestor can affect the lives of so many in a family system.  Tom got it in his head that he had to be successful as his grandfather defined success.  He had to show something concrete that would give his life value, even if his goals were unreasonable or unattainable.  Tom now blames himself not just for a “failure” in his life, but for a failed life.

I’ve encountered a lot of people like Tom whose lives were filled with attaining goals rather than living a purposeful life.  Attaining those goals became a condition for valuing their lives.  They created no-win situations for themselves and have made themselves into consummate victims.

When I left the priesthood I thought I had modest goals.  I simply wanted to pay my bills and live a worthwhile life.  But I put my goals ahead of my life-purpose.  And I allowed others to define what was “worthwhile.”  It wasn’t until I dug very deeply and discovered a life purpose that reflected my Soul and my intrinsic value as a wonderful and unique individual, whether or not I reached my goals.

Goal-setting is not meant to result in a broken life.  Goals are like targets I aim to hit.  Sometimes I hit the bull’s-eye.  Usually I miss the target altogether.  But the great thing is that I can abandon one target and set up another whenever I choose.  Targets are fluid; their value is only as an expression of where I am today.  I only have to make an attempt at hitting the target to be authentic and integrated.

Instead of accepting the joy of being in the game of life at all, many are hell-bent in hitting that bull’s-eye every time, no matter what it costs, even if it kills them.  And it is killing them emotionally and spiritually!  They’re aiming for an illusion set up by some influential, and frequently dysfunctional, person in their past whom they’ve decided is the only one telling the truth.  They spend their lives trying to please this dead person, to prove to themselves that they were right all the time. 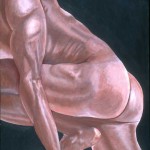 I have put aside much of what I have been told life is supposed to be about.   I no longer care if it came from a trusted relative, a pope, or from God’s supposed lips.  I now over-write whatever doesn’t fit into my reality in this moment.  I’m the story-teller now and any story more than a few minute’s old is no longer useful unless I deem it so.

I would ask myself and Tom:  Where is my heart leading me today?  What is the target message I want my life to express? Who am I supposed to be, and for whom, in this moment?  I am not broken beyond repair.  I am constantly renewing and repairing…to heal myself…and the world.