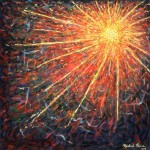 The recent comments of a political candidate that 47% of the American population has become dependent on government assistance and is content with their situation sounds to me a lot like assigning blame.  He seems to be saying that somehow our country is “less than” because a lot of people are not pulling their weight.  Yet some of the most responsible people I know are receiving assistance of one sort or another in order simply to survive.  They have recognized their limitations and have sought the assistance that their taxes in the past have supported.

Blame is easy and all too common in our social intercourse.  When we blame we are pointing a finger at ourselves or others for screwing up.  “A fine mess you’ve gotten us into, Stanley!” as often declared by Oliver Hardy to his side-kick Stan Laurel.  Indeed we may sometimes have to point a finger (especially toward ourselves), but without the shaming and demonizing that go with it.

Responsibility is very different than blame.  We take responsibility if assigned to us, but we also adopt a responsible attitude internally, even when not always demanded of us.  We don’t accept blame at face value, but go beyond the blame to improve the matter at hand.  We recognize in our deepest consciences that we are required to “respond” to a situation with maturity and even with some sacrifice on our part.   We’re not so interested in who’s to blame as we are engaged in helping the situation in whatever way we can.  And we try to preserve the human dignity of all involved.

A lot of people are afraid of taking responsibility because they are trying to avoid blame.  If we take the blame out of the equation, as I believe the political candidate should have, we would have a much more level-headed argument about who is responsible for what.  Where in your life today are you choosing to take responsibility at home or at work, despite the fact that it’s easier to blame someone else for the mess?  In what way are your preserving the human dignity and respect for others as you take responsibility?  And if you are assigning responsibility to another, are you doing so without blaming them, helping them to see their part in the problem but also in the solution?  Have you tried working with a coach to move beyond the blame and into a new life of responsibility?