Being Bitten in the Ass! 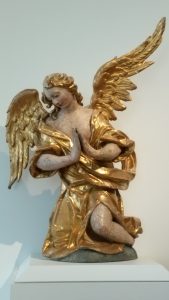 Today was a quiet Sunday.  I just finished making a massive pot of lentil soup. I put it on the stove to simmer and then decided to look up a couple of high school classmates to see what happened to them. One in particular had been on my mind lately for some reason.  I had carried a negative feeling about him for over 50 years.

Yes, I’m ashamed to say that I used to be really good at carrying resentments. There remain a few residual negative relationships to resolve. This guy was one of them.

In high school he was someone everyone wanted to be like. Top of his class, he was very bright, industrious, and was a star player on the football, basketball, AND baseball teams. Back in the day those guys were usually non-academic jocks. Not this guy though. He was not only an “Olympian god” but was also academically brilliant. I was in his classes and held my own, but it was difficult not to be envious.

He was also popular with others, especially the girls. He carried himself without hubris, just a regular guy.  Yet he also had a mischievous streak. In grade 8 he had been one of the ring-leaders in a bullying campaign directed against me. Before this year of terror, we had actually been in the same Sunday school class at church. I thought he was a friend. I was wrong. It was the beginning of a decade of simmering resentment.

I believe he ended up attending an ivy league college and fulfilling his desire to become a physician. I completely lost track of him until today. I Googled his name. It came up attached to a death notice.  His death.  This June.  He left behind a wife, kids, and grandchildren.  And yes, he was a much beloved physician, known for his compassion and expertise.

This discovery bit me in the ass. It brought to the fore my envy, pettiness, ability to hold onto anger and hurt, and ingratitude. I am shocked and rightfully ashamed. 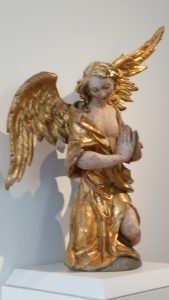 The lesson for you and me? It’s simple: only you have the power to let go of the past, to release the pain that you’ve been soaking your heart in. Only you can find the gratitude really basic matters like waking up to live another day. Only you can choose to live in the present and have positive feelings toward others, even toward those who once hurt you in another context, in another lifetime. Only you can choose to be happy and not live in a self-created narrative against which you compare all your life experiences.

I’m genuinely sad that this man died at the young age of 64.  He had many years ahead of him to serve his patients and to enjoy his family.  He’s dead.  I’m still here.  And I’m going to stop complaining about how tough my life was 50 years ago and just live for now with joy and gratitude. I’m still here, and so are you.

Portions excerpted from Michael’s book: Life Interrupted, Taking Charge After Everything Has Changed
Since 1979 Michael has worked with individuals and groups to take full advantage interruptions and changes to balance responsibilities, simplify their lives, and find greater productivity and peace.  Want Michael to speak for your next event?  Or hire him as your personal executive Life Coach to improve your relationships at home and at work? Call 813-444-9641 or email: parisecoaching@gmail.com

Book Michael to speak for your group or event.
Contact Michael to learn about his Life & Spirit Coaching.