Are you Retired from Living?

I love old movies, especially those from the late 1930’s through the mid-fifties.  During and after World War II, male film actors depicted the “everyman” character in a wide variety of styles.  They not only honored the American male at his best, but also at his most vulnerable as in Hollywood Canteen and The Best Years of Our Lives.  These were not one-dimensional characters; they were the mainstays of rock-solid sensibility and kept families and towns united and moving together by their courage, conviction and social involvement.

I just got through watching Frank Morgan (the man who played the Wizard of Oz) in the film Stranger in Town.   He often played a quintessential middle-aged American male, buttoned-up, sometimes comedic, yet willing to go out on a limb for others.  Hollywood gave us many such examples of socially aware, involved middle aged men who refused to “retire” into the background and instead kept a hand in the lives of those around them.

So what’s different today?  One difference is that middle-aged men are still very young, both in appearance and in activity.  Retirement is a pipe dream for most of us and even if it were possible not many of us want to just vegetate in front of the television or play endless rounds of golf.  Most of us want to be kept active and busy, contribute to our families and communities, vote in elections, and believe that we make a difference as individuals.

But it’s not the middle aged and senior men about whom I’m concerned.  It’s the younger guys I wonder about.  I rarely hear from them.  I hear plenty from women who seem to have found their voice and their role in building community but young men seem to be keeping their heads down, noses to the grindstone, and opinions to themselves.

But what is going on in the minds and heart of young men?  Some contribute to the silly and often mindless blather in social media, but I’m tired of reading anonymous snarky sarcasm.  I’m wondering if a lot of young men have simply retired early from living, from community, from social obligations, from serious communication with other men, beyond chatter about the latest video games, social night spots, or computer hardware. 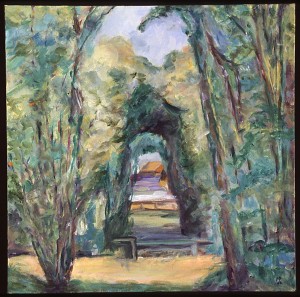 –Do you men have dreams for the world, for society, for yourselves?  What are they?
–What do you really live for each day beyond the work you do?
–What do you fear the most?  What inspires you the most?
–What is the state of romance for you, or are you on relationship auto-pilot?
–Who are your close friends (not just drinking buddies) who know your feelings and thoughts?
–How would you describe the purpose of your life?
–Have you allowed yourself to focus on electronic gadgets more than people?
–Are you exhausted or energized by all the running around required to get through the day?
–What are you doing for yourself that adds value to your existence in the world?

No judgment here, just wondering.  If this blog post instigates a head of steam I’d love to hear from you.