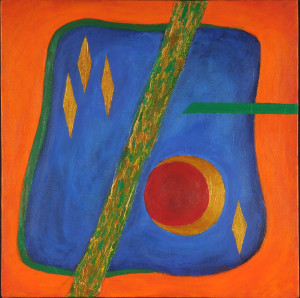 One of my vivid memories of grade school was the daily attendance roll.  As the home room teacher called out our names we responded “present.”  Showing up for school was half the battle back then.  Parents of absent kids who had not first informed the principal received a swift phone call to ascertain why Johnny or Jennie was not at their designated desks.  Since my mother let us stay home only if we had a fever or a stomach bug, I was able to count my absences in grade school on one hand.

College was an eye-opener regarding attendance.  The classes were huge and students came and went during some of the more boring lectures.  There were times I left so I could catch the earlier bus back home.  In seminary grad school attendance at everything was closely scrutinized by the all-seeing eyes of resident professors who were to vote on my ordination.

After ordination I was excited to be present at priest gatherings.  This enthusiasm soon waned as I realized that the fraternity among priests in a large diocese was a fiction.  It was also a tremendous waste of my time to sit through unproductive and unfocused meetings where my opinion could not be heard.  I also didn’t see the value in “face-time” as did those clergy who had a natural gift for maneuvering among connections for advancement.

I soon replaced my desire to be present with being absent, especially since it wouldn’t be noticed.  In fact being absent became a pleasurable habit, a way to beat a system that, in my opinion, was increasingly ineffective.  And it offered me the opportunity to spend time in my pursuits.

My tendency to be absent from institutional functions morphed into an unwillingness to be present in the moment.  Life in the parish had become a series of routine tasks that grew tedious over time.  I increasingly checked-out emotionally from the work I had to do.

The problem was that I wanted to accomplish something.  I wanted to see results.  By the turn of the century Catholic parish ministry in the Boston area became the last place where one could see growth and development, unless it was regarding a building program.  Thus I focused many years on my scholarship, writing, preaching, painting, and hoping to use my skills one day in a wider context.   The present moment had become a conduit to the future.  It felt empty.  It promised an illusory fulfillment that would never materialize.

It’s not that I didn’t try to be present in the moment.  On retreats and sometimes in prayer I would have profound spiritual experiences.  But most of the time, being present plunged me into an inner darkness, a chasm of emptiness where I was never enough.  I often dissolved into tears in a kind of ready-to-wear depression.

James Dickson in his tenth powerful word needed for spiritual fulfillment told me to attend to the spontaneous and arising moments of surrender in the present moment whenever they appear.  “What happens will exceed all your expectations, always.  The mind is completely incapable of holding the quality of fulfillment we derive from a single experiential moment.”

I’ve come to realize that I had created my own world of hopes and dreams in my mind and generally discounted the world in which I lived.  That’s one reason why I stayed in the priesthood so long; I kept trying to fit into an illusion.  By grasping onto my expectations I’ve not been truly present in the moment I’ve been given.

I now know I need to replace the adrenalin rush of what could be with the rush of life and love that comes from the real world of what is.  It’s a difficult habit to break because that dark chasm keeps getting in the way.  When I am present to life in this moment I can listen to my heart’s priorities and be enough in that moment.  Presence reveals abundance.