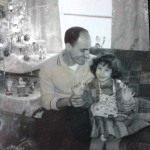 Change and I don’t always get along. I welcome change when I can see some logic in it, some reason I need it in my life at the time.  But then I get defensive when I’m expected to change “just because”, without justification, or in order to give advantage to the few at the expense of the many.

But there’s another reason change is challenging to me.  Have you noticed how accelerated change has become?  It’s overwhelming at times.  And it causes me a great deal of stress and anxiety because I’m afraid that if I don’t embrace the “change du jour” I’ll lose out.

The reason change has accelerated to a breakneck speed has something to do with the world-wide paradigm shift we are now experiencing.  Paradigm shifts are fundamental changes in how we as individuals or as societies view how things work in the world.  Everything from the fire, to planets revolving around the sun, to our spherical earth, to disease-causing microbes, to the theory of relativity, have all been occasions for major and irrevocable shifts in human existence.

But this age of technology can be scary.  It has altered fundamental relationships between people and their work, their commerce, their relationships, and their recreation.  Nearly everything depends on computer programming and when those programs aren’t working a lot of people suffer; we feel helpless, angry, frustrated, anxious, and stressed.

The temptation is to resist change.  But perhaps the issue is not that we don’t welcome change but that we hit a wall in our capacity to accept change.  How do we increase that capacity?  I believe it’s a spiritual issue.  It has to do with how we humans view ourselves in relation to the universe and the rest of the natural world in which we live.

Most of our challenge with change actually lies in outdated religious beliefs that no longer serve our purpose.  Many of us, and our constitutions and laws, are tied to a distinct way of thinking found in most organized religions.  It can be summarized by “quid pro quo.”  Other ways of expressing this are: something for something, an equal exchange, equivalency, an eye for an eye, like for like, measure for measure, something in return, tit for tat, you scratch my back, and I’ll scratch yours, non-zero-sum, and trade-off.  This concept didn’t actually start with religion; it’s part of human nature.  But the influence of religion, through education and preaching has reinforced and spread the concept of “quid pro quo” for millennia, even when it’s not been a part of their belief systems.

In practice “quid pro quo” means that we perform some act and expect an equal counter-act in return.  Thus: we help others and God blesses us; we pray and God answers our prayer; we sin and God reacts with judgment and anger; we say we’re sorry and God forgives us.  For many people as long as they keep up this exchange they feel they are “practicing faith.”  And the ultimate payoff is eternal salvation.

It’s not to say that people cannot be unselfish and altruistic.  I can think of many non-religious and religious persons who make ultimate sacrifices, seemingly expecting nothing in return.  It’s a matter of degrees.  At some point, if we are honest, we admit to “quid pro quo”.  Yet is that what Jesus, for example, taught?

Well, actually we can read a lot of statements that Jesus made in this vein and certainly the early church community made “quid pro quo” a cornerstone of its development.  Yet at the root of Jesus’ message he used the Hebrew sc 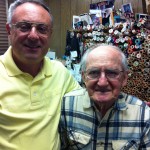 riptures and offered the “Golden Rule”:  Do to others as you would have them do to you.  He also said: Love your neighbor as you love yourself. There is no equivalency here, just the opposite.  I am to love others through service and justice without expecting anything in return.  Similar teachings are in the Mahabharata; Buddha taught similarly, as did Lao Tzu and Confucius. There are Islamic, Shinto, and Native American versions, and versions from a variety of ancient Greek and Roman philosophers.

Most of my own stress comes from retreating into this “quid pro quo” world.  For example, I download the latest program and expect the user interface actually to work easily.  I earn four degrees expect to be able to get a job. I offer free services and expect appreciation.  I empty the dishwasher and I expect my spouse to do the vacuuming.  I go to networking meetings and I expect someone to be so enamored by me that they’ll want to be my client.  I get cataract surgery and expect clear vision rather than new floaters.

Time for a personal paradigm shift.  Good-bye to “quid pro quo”; hello to focused giving of self.  Welcome change.  Make peace with nurture and nature.  Appreciate whatever is the outcome.  Go with the flow.  Surrender to this moment.  Seek God’s purpose for me.  And Breathe!